The Regional Director for WFP West and Central Africa, Mr Chris Nikoi has appreciated the collaboration between WFP, Government and other UN agencies

The Regional Director for WFP West and Central Africa, Mr Chris Nikoi has appreciated the collaboration between WFP, Government and other UN agencies as they work together to improve the food security situation and combat hunger in Cameroon. During a weeklong visit to Cameroon, Mr. Nikoi, visited with Government officials, sister UN agencies and WFP operations in the North West and South West region where violence and insecurity has led to massive displacement and food insecurity of over 1 million people.

In the North West chief town of Bamenda, he met with beneficiaries from WFP’s general food distribution as well as cash transfer programmes. Many of them, farmers who have been forced to flee their farms and sources of livelihood due to the insecurity and violence. "I can't stop thinking about the women and men I have met on this journey. Stories about their farms being torched are engrained in my mind. For many, the little dignity they have left is only thanks to the monthly assistance they get from the World Food Programme. So, I am leaving here proud of what WFP is doing to save lives in these regions," Mr. Nikoi said.

The beneficiaries expressed thanks and asked WFP to continue advocating for them and sourcing funds to help them. Many of them shared testimonies of how WFP assistance has enabled them start small businesses like poultry farming or paying schools fees for their kids and hospital bills. 59-year-old farmer Clifford Tayong was among those who came out to meet the director. Tayong said he was grateful to WFP for the assistance that has enabled them, survive the ordeals of being caught up in a crisis situation.

Tayong said he lost all his beans and corn when his one-hectare farm was razed down in hometown of Bafut, few kilometers away from Bamenda. Many of them had similar stories and Mr. Nikoi promised to echo their concerns in the highest levels of his reach and influence.

In that spirit and with the challenges of the almost 4.4 million people needing humanitarian assistance in Cameroon, the Regional Director reiterated the need for UN agencies to deliver as one when he participated in the adhoc UN Country Team (UNCT) meeting in Yaounde. Opportunities for collaboration with UNESCO and UNDP were identified among others in the areas of school feeding and the promotion of education. Working together like this will provide better support to the government of Cameroon in the attainment of the National Development Strategy.

The Regional Director, alongside the UN Resident Coordinator, Mathias Naab, WFP country Representative, Wanja Kaaria and members of their various delegations put their words to action as they visited donor organisations and Government ministers as one team. During one of such visits to the Minister of External Relations, the Regional Director thanked the Minister for his frankness and continuous support to the UN in Cameroon. He reiterated WFP’s commitment to the country, supporting Cameroon attain Zero Hunger by 2030. The Minister on his part reaffirmed his availability, as well as that of his team, to facilitate the operations of the UN in Cameroon.

Mr. Nikoi, during the last days of his visit, said he was thrilled by the work that WFP and the entire UN team was doing in Cameroon. It was the ideal occasion as he awarded Nobel Peace Prize pins to WFP staff in recognition of their relentless commitment to the objective of Zero Hunger and strides to improve the food security situation in Cameroon. About 20 staff of WFP from across all field offices were awarded the pins as a symbolic gesture hailing the efforts of the entire country operations.

Reechoing the sentiments of the visit, WFP Representative, Wanja Kaaria said partnerships and collaboration like the ones highlighted during the visit are the only sure way in which WFP can deliver on its mandate of achieving Zero Hunger by 2030. 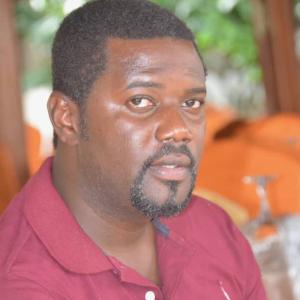