“It’s been too long since I had this much money. This has been of great help to me,”

Brown hens cluck expectantly at Sabina Enow’s feet as she enters the recently constructed chicken coop behind her house in Tiko, in Cameroon’s South West region. There is a tangible cheerfulness around the 42-year-old mother, a smile that does not quite leave her face during the time she spends with the chickens. When she pours food into two feeders hanging from the roof, all the birds peck away furiously, except one nesting in a blue plastic basin in the corner, half-filled with sawdust. Sabina is delighted to find three eggs in the nest.

“It’s been too long since I had this much money. This has been of great help to me,” says Sabina happily in pidgin English a short while later, sitting on a stool on the veranda of her house.

She is talking about the small poultry farm she set up with support from UNHCR, the UN Refugee Agency and the Food and Agriculture Organization (FAO).

Sabina didn’t always live in Tiko. She and her husband worked in a rubber plantation in Mukonje, about an hour away by road. However, the violence in that area of the South West forced them to flee for their lives.

“The situation was terrible.”

The plantation closed, and some of our colleagues’ houses were burned down. We left nearly everything we owned behind and came here. We have never returned there, and we don’t know what has happened to our possessions.

“Things were tough for us here because we are strangers. We are paid only thrice a year, and we could barely afford food, especially with so many mouths to feed in the house,” says Sabina, who lives with her husband, their six children and her younger sister, who uses a wheelchair and has been living with Sabina since their parents died.

Amid reports of hundreds of rights violations, including gender-based violence in the South West, in 2022, UNHCR and FAO partnered to help empower displaced people while reducing the risk of such violations. As part of the joint initiative, 100 Internally Displaced persons and host community members were provided with mini egg poultries for income generation.

The project targeted the most vulnerable households headed either by a breastfeeding mother, a person living with disabilities, a person with many children below five years old, with an unstable income, or SGBV survivors.

“Egg production units can contribute to reducing vulnerability and boosting livelihoods through the production of eggs, which is a good source of protein and reliable source of income,” says Penn Emmanuel, a livestock expert and head of the FAO Office in Buea, the South West regional headquarters.

“This activity required small land beside the house, and it is friendly for urban and peri-urban citizens.”

With the units set up, Penn says Sabina and the other beneficiaries received a “management calendar” to organize and plan what to do to ensure the hens are “healthy and happy”, and that they produce eggs regularly.

“Such initiatives are much needed in our context and this project shows us how even in times of crises there is always space for empowering initiatives, which allow women and vulnerable persons to restore their dignity and above all, to reduce protection risks,” says Raffaella Pascarella, Head of UNHCR’s Field Office in Buea. “In this case, their livelihood is just behind their house and women like Sabina can contribute to the household income, while avoiding certain risks that may come with other kinds of activities.”

“I hope to have saved enough by the end of the project to be able to get a stand or sell clothes in the market.”

“The poultry has been of tremendous help,” repeats Sabina, beaming. “We feed better. I have a bag of rice at home, and sometimes we can have eggs for breakfast. I can start to prepare for back-to-school, I am not as stressed all the time, and I feel unburdened.”

To multiply the benefits of the project, she and a few other beneficiaries started a micro saving scheme, commonly known as “njangi”, where its members contribute an agreed amount and hand it to a different person in the group every week.

Sabina continues to take charge of her destiny and is also working towards adding another source of income once this special project ends in a year.

“I hope to have saved enough by the end of the project to be able to get a stand or sell clothes in the market.” 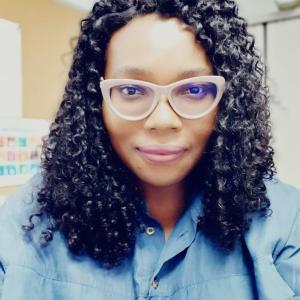