In her speech, Ms. Jalal highlighted the importance of this milestone to advance gender equality in Cameroon. 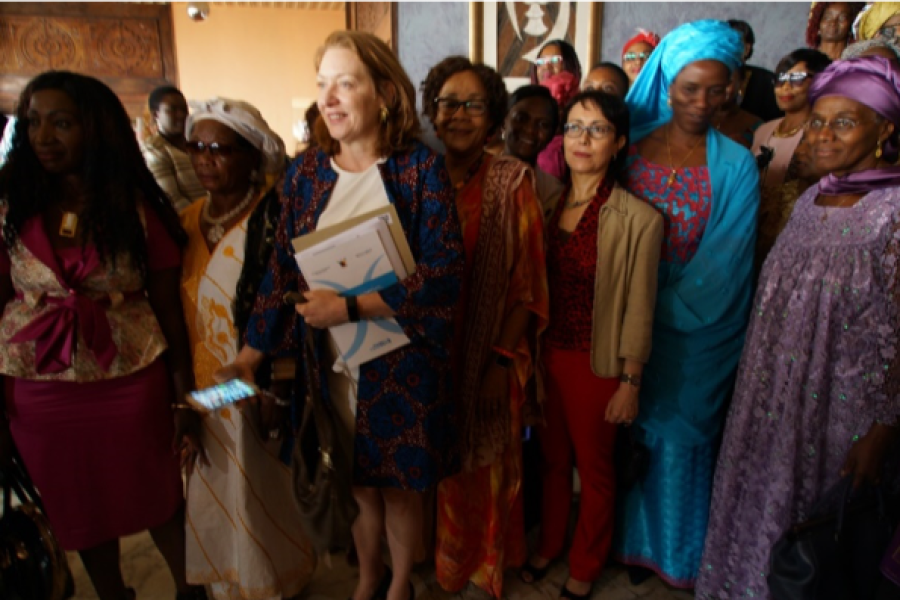 Cameroon is now on the history of women's leadership by becoming the 11th country to launch the African Women Leaders Network (AWLN) to galvanize a movement of women leaders to play an key role in the transformation of Africa, towards the Africa 2063 Agenda and the 2030 Sustainable Development Goals.

Yaoundé, 17 December 2020 : More than 150 women from various sectors, including women politicians, civil servants, entrepreneurs, civil society, women living with disabilities, rural women, young girls and women in the media gathered at the Mont Febe Hotel in Yaoundé to take part in the launch of the Cameroon branch of African Women Leaders Network AWLN.

In addition to the Minister of Women’s Empowerment and the Family Pr. MARIE THERESE ABENA ONDOA, the ceremony was attended by her counterparts from several ministerial departments, the Regional Coordinator of the United Nations System in Cameroon, Ms. ALLEGRA BAIOCCHI, the Officer in Charge of UN Women, Ms. HIND JALAL, the Resident Representative of UNFPA Cameroon, Ms. SITI BATOUL OUSSEIN  as well as the Representative of the Special Representative of the Chairperson of the African Union Commission for Women, Peace and Security, Mr. MEZUI M’ELLA. 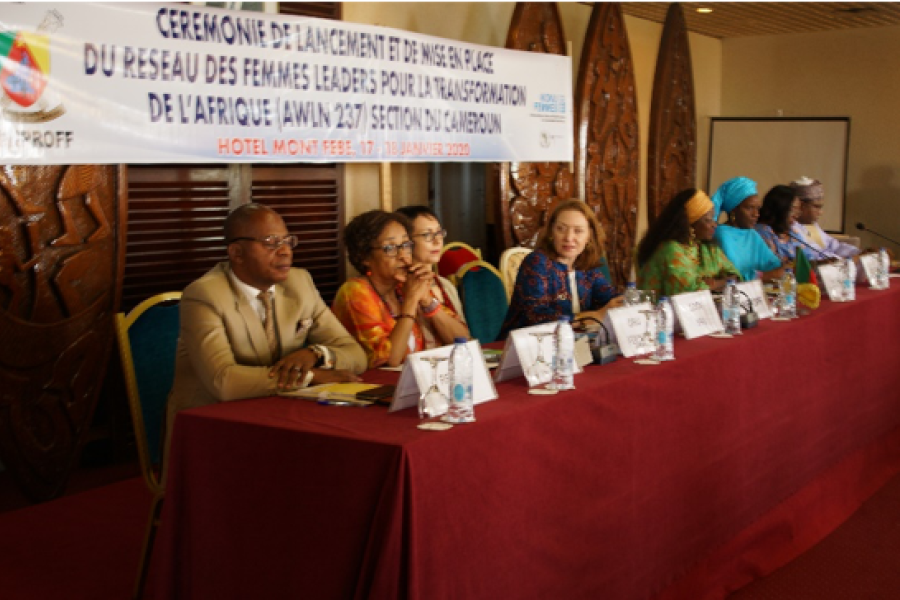 The various high-level speakers unanimously agreed that the African Women Leaders Network is a unique movement of African women in leadership positions and will serve as a vehicle for increased mobilization of women in different sectors. The Network would truly influence the path towards peace and development on the African continent and be a tool for transformation on a global level.

In her speech, Ms. Jalal highlighted the importance of this milestone to advance gender equality in Cameroon. The OIC of UN Women also expressed her gratitude to the Ministry for its commitment to support women in advancing the gender agenda. Ms. Jalal then reiterated UN Women's commitment to work to translate the aspirations of the Africa 2063 Agenda and the Agenda for Sustainable Development Goals 2030 into concrete changes in order to promote the transformation of Cameroon with a focus on good governance and peace. 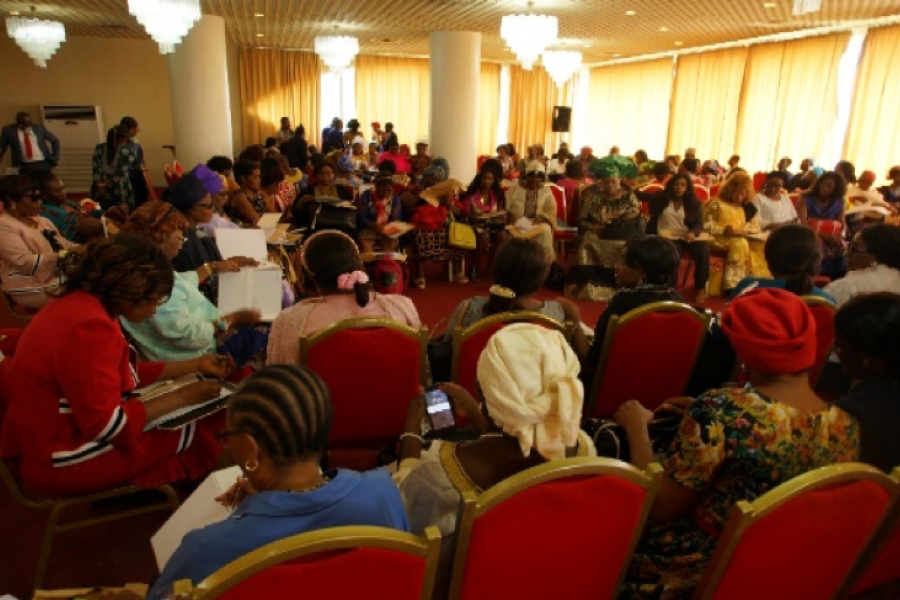 “ To create a national chapter of AWLN in Cameroon it is necessary to have a strong, reliable and committed team (strategic steering committee), which proceeds at its own pace, bearing in mind the road of activities and key areas of intervention to create impactful change. The Cameroon National AWLN members may wish to prioritize fields of action tailored to the national challenges and opportunities.”, Ms. JALAL asserted.

Taking the floor, Mr. MEZUI M'ELLA read out the statement of H.E. Ms. BINETA DIOP, Special Representative of the Chairperson of the African Union Commission for Women, Peace and Security. For her, it was with great pleasure that she learned the news of the launching in Cameroon of the National chapter of the African Women Leaders Network (AWLN). She took this opportunity to congratulate not only H. E. the Minister for the Promotion of Women and the Family for her support in the realization of this project, but also H. E. the Minister of Housing and Urban Development, pioneer of AWLN and member of its steering committee. Ms. DIOP acknowledged the fact that major challenges remain to be addressed, both at the level of women's participation in politics and within governments, as well as in the local governing bodies. Furthermore, the African continent continues to be the scene of conflicts of various kinds, the main victims of which are women and girls. These challenges cannot be effectively and sustainably addressed without the mobilization of women and girls in decision-making and implementation.

In her address, the Minister of Women’s Empowerment and the Family Pr. MARIE THERESE ABENA ONDOA thanked technical and financial partners such as UN Women, the African Union and non-governmental organizations, whose various forms of support contributed to peace and stability in Cameroon. She expressed her satisfaction at presiding over the national launching ceremony of the Cameroon chapter of AWLN which is in line with the goals of strengthening of women's leadership and women's political participation in decision-making bodies. “Cameroon's environment is conducive to the advancement of women's rights and gender issues. Ms. Ondoa therefore invited the women present to commit themselves massively to achieve the results that the network has set itself and to act as a relay to all women in Cameroon for the transformation of Cameroon and Africa as a whole. 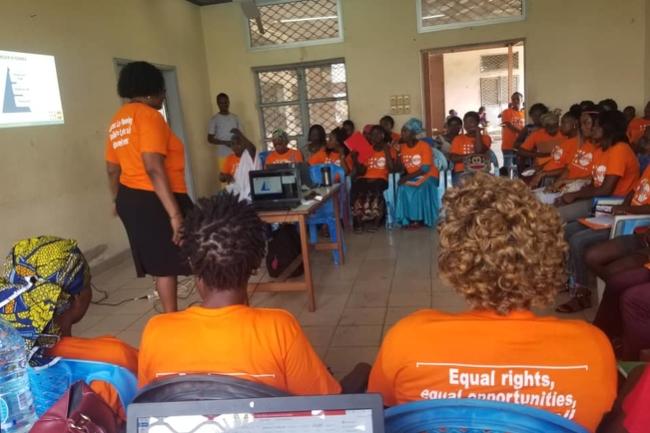 Training, among other topics, gave them basic information on how to better manage their reproductive health. 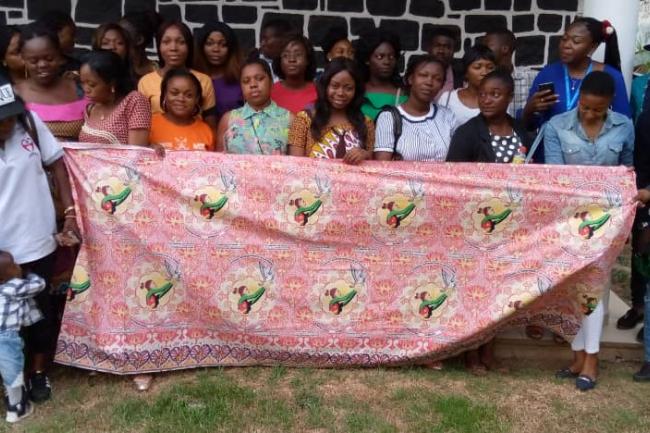 "Promotion of equality and protection of women's rights by 2020: Take stock of the actions carried out, set a new course". 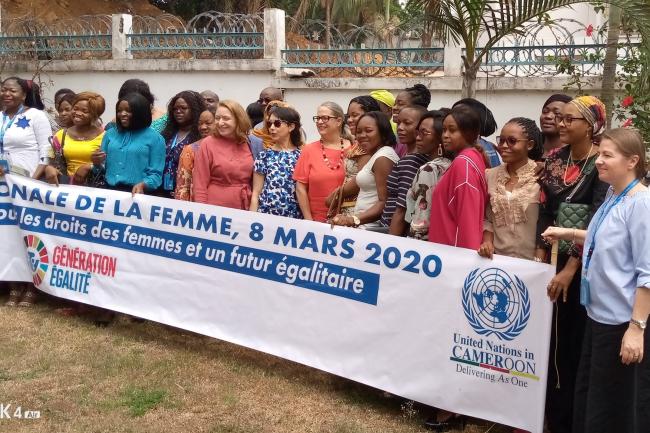 CELEBRATION OF THE 35th EDITION OF INTERNATIONAL WOMEN'S DAY 2020

Un Women organized its 20th edition of its “Gender Café” on the theme "Promoting equality and protecting women's rights by 2020: taking stock of actions taken,