Theme "Women on the driving seat: the joint impact of COVID-19 and armed conflict on women in Cameroon, the way forward?”

The United Nations System in partnership with the Cameroon Women's Peace Movement (CAWOPEM), organized the third session of the UN75 Dialogue in Cameroon through a videoconference call. Discussions were centered around the theme "Women on the driving seat: the joint impact of COVID-19 and armed conflict on women in Cameroon, what way forward?”

Over 30 participants in attendance, among whom men, women and youth, addressed the subject in two key sessions. The first session was a time for the UN to listen to participants. It was chaired by Mrs. Siti Batoul Oussein, Resident Representative of UNFPA, in her capacity as Acting Resident Coordinator and United Nations Humanitarian Coordinator in Cameroon. This session captured people's views on the future of the world and the role they wish to see the United Nations play in the next twenty-five years. While the perspectives drawn are seen as promising, participants agreed on the fact that their achievement required more commitment towards peace, dialogue and the protection of human rights including the safeguarding of human dignity and the access to essential social amenities for all. Participants further expressed their wish for a stronger cooperation between the United Nations and the African Union and its decentralization at the level of the existing regional and sub-regional poles.

The second session of the exchange was a panel discussion. This panel was chaired by Mrs. Nicoline Nwenushi Tumasang, member of the CAWOPEM executive board. Panelists noted that the ongoing armed conflicts in Cameroon, from the violent extremism of Boko Haram since 2014 to the socio-political crisis in the two English-speaking regions since 2016, have exposed women and girls and made them more vulnerable than before. This situation was exacerbated with the outbreak, in March 2020, of the COVID-19 pandemic.

These back-to-back crises have almost negated the progress made so far by Cameroonian women and girls in the areas of the implementation of the Cairo Program of Action, the Beijing Platform for Action, the United Nations Security Council Resolution 1325 on Women, Peace and Security, the Convention on the Elimination of All Forms of Discrimination against Women (CEDAW), the Sustainable Development Goals (SDGs), the African Union Agenda 2063 and all the other commitments made by the international community and to which Cameroon has subscribed to promote gender equality and women empowerment.

Women and girls, who have been disproportionately affected together with men who support the gender equality cause examined the multidimensional repercussions of these crises on the rights and well-being of women. Together, they united their voices and offered their ideas on the progress of the world and the key role they hope to see the United Nations play for the good of humanity as a whole. On its part, CAWOPEM called for the role and perspective of women in crisis resolution, peacebuilding and the fight against poverty to be taken into account now and for the next 25 years. 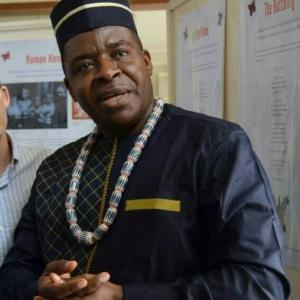 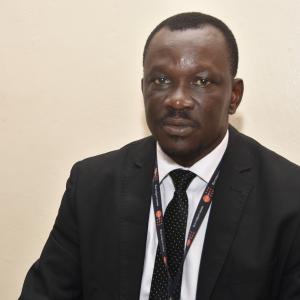